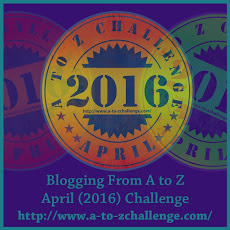 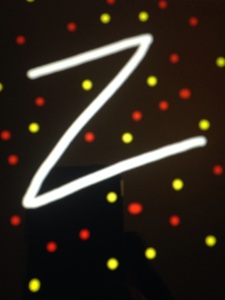 Today is the letter Z. We have come to the end of the challenge until next year. I’ve had a lot of fun doing these blogs through the alphabet, and hope you’ve enjoyed reading them. Thank you to everyone who visited, liked, and commented. I appreciate you all.

ZZ Top is an American band, that was formed in 1969, in Houston, Tx. Their debut album, “ZZ Top’s First Album”, was released in 1971. The group consists of the three men, Billy Gibbons, Dusty Hill, and Frank Beard, and have been together for the past 45 years. Their musical style is that of Southern Rock, Boogie, Metal, and Blues. They were inducted into the Rock and Roll Hall of Fame in 2004.

The Zombies are a British rock band. Their song, “Time of the Season”, was recorded at the Abbey Road Studios, in 1967, and released in 1968. The song has been played throughout the years, and recognized as a reference to the late ’60s. You may have heard this song on television programs, commercials, movies, and even at baseball games.

The Zuider Zee is a restaurant that we had here in town. It isn’t here any more, but it was a really good seafood restaurant. Also, a good date night destination! 🙂 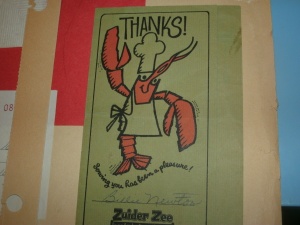 Mystery Box Chickens & Giraffe were happy to meet you. Have a great summer, and see you next year! 🙂 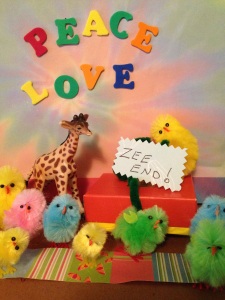 Think about joining in next April…it’s fun! 🙂