So, here we go with Letter L …

Here are some more funny definitions to laugh about:

Daffy Definition = labellum– A sticky label; a spin-off of the Post-It Note; an office supply.

Sentence = In her office job, Toni had to make sure the address labellums were on all outgoing correspondence.

Real Definition = The median member of the corolla of an orchid; A terminal part of the labium or labrum of various insects.

Daffy Definition = lathyrism – The part of the inner ear, responsible for being able to sing in tune.

Real Definition = A type of pea; a diseased condition of man, domestic animals, and esp. horses that results from poisoning by a substance found in some legumes, and is characterized esp. by spastic paralysis of the hind or lower limbs.

Daffy Definition = levant – A person, usually a magician, that can levitate themselves.

Sentence = As an accomplished levant, Carl mesmerized the audience at his magic show.

Real Definition = To run away from a debt.

Your Friday prompt for Stream of Consciousness Saturday is “a word you have to look up.” We all have words we can never spell. Use one of yours in your post and let that word drive your stream of consciousness where ever it goes. Have fun!

Thanks for the prompt today, Linda! If you’d like to join in and also see other entries, just click the above link. 🙂

For SOCS today we’re supposed to think of a word we have trouble spelling.

I’ve been thinking and thinking and I just know there are some I have to look up sometimes, but can’t really think of any until I’m actually trying to type them. Maybe those like ‘autumn’, or ‘column’ …those mn words? I never understand why the ‘n’ letter is stuck onto the end. I don’t have to look up the spelling on them, though.

Sheesh – I can’t think of any right now, but sure as soon as I’m done with this, I’ll think of one, of course.

The most trouble I have is transposing letters – reversing how they go – so I have to backspace and do it over. That happens a lot, maybe because I type really fast, and my fingers get ahead of the word. haha

I’ve always been good at spelling, so unless it’s a really strange word, I usually spell it right the first time. Sometimes I’ll check to make sure, though.

Today for SOCS, we have the prompt of ‘more than a hundred’. Thanks, Linda!

To  join in, and see other entries, just click the above link. 🙂 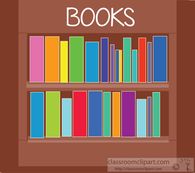 Words upon words all neat in their cages

Set them free – fill your mind

Read them all, you will find

Words carry you away

To all kinds of places

And when you are done

Know the words have the power

That’s a poem I just made up about books … and words … and magic.

I have hundreds of books in which to get lost in reality or fantasy, whatever I’m in the mood for.

Sentence = I taught my pet parrot to talk. He can say, “Polly wants a quokka,” all the time.

Real Definition = A Quokka is a small marsupial animal found in Australia.

Sentence = Every morning, Timmy added raisins, brown sugar, and cream, to his bowl of qualmish.

Quirky Definition = quidnunc – The name of the most famous sled dog in history.

Sentence = As winner of many sled dog races, Quidnunc was in high demand for stud service.

Real Definition = One who seeks to know all the latest news or gossip; a busybody.

Odd-ball Definition = omicron – A camera used in the film industry, combining the special effects of Omni-max and specific shadings of chrome.

Real Definition = The fifteenth letter of the Greek alphabet.

Odd-ball Definition = oolite – A workable, toy flashlight, that projects images onto a ceiling.

Sentence = The trademarked name ‘oolite’ was coined by children who tested the prototype. They all exclaimed “oolite” when the on button was pushed.

Real Definition = A rock consisting of small round grains, usually of calcium carbonate cemented together.

Odd-ball Definition = oneiric – A lesser amount and lower quality than that of generic.

Sentence = To save even more money, Beverly only purchased oneiric groceries.

Real Definition = Of or relating to dreams; dreamy.

The Friday Reminder and Prompt for #SoCS Dec. 1/18

Your Friday prompt for Stream of Consciousness Saturday is “ma.” Use it as a word or find a word with “ma” in it. Bonus points if you start your post with that word. Enjoy!

Man oh man, what a couple of letters to start a prompt with. ma – ma – ma…Okay, got the bonus points!

Just for a couple of minutes browsing google for how many words have that combination of letters in them…well, seems there are over 12,000! I don’t know who counted them, though. I’m certainly not going to list them.

Words with ma in them keep popping into my head…just random words that lead nowhere. Many, many words I could choose from, but as usual when presented with too many choices, I can’t make a decision.

And, that makes no sense, but it’s hard to say.

With that, I’m done. Wishing you a wonderful and  manageable weekend!

The Friday Reminder and Prompt for #SoCS Oct. 13/18

Your Friday prompt for Stream of Consciousness Saturday is “precious.” Use it any way you’d like. Have fun!

Linda has given us the prompt word, ‘precious’ to write about today. Thanks, Linda!

I encourage everyone to join in this weekly writing fest…we can be a serious or as silly as we want to. It’s fun to write and fun to read what other people write. Click the above link to find out details.

What’s to say about the word precious? I don’t know. It’s a word I pretty much never say for anything. Guess it’s just too precious for words.

We used to live near a person who had a dog named Precious. We didn’t know her, or the dog. Can’t say I ever even saw the dog, but we could hear her calling loud and clear quite often, “Precious! Precious!” It always made us laugh.

Let’s see what other little words I can make out of precious:

the pus in our pore was cleared up with cipro and ice, so we struck a pious pose, and paid the price to sup on a crop of rice. We sopped it up, that spice of life, and sipped some nice rice wine then climbed to the top of the church spire.

And…that is probably the silliest thing I’ve ever wrote! haha

So, farewell until next time on this stream of consciousness playground.

Have a fun weekend!

“Across the Universe”, by the Beatles, was released from their album, “No One’s Gonna Change Our World”, in 1969. It was written by John Lennon and Paul McCartney, and is on the Regal Starline label.

One-Liner Wednesday – Almost back to normal

Have you ever had a phrase or word that is stuck in your head, that you have to say to yourself, or even out loud, on specific occasions?

This one-liner I have had to repeat to myself for probably the last 45 years or so. My cousin and I were making tuna fish sandwiches one day, and when she added the mayonnaise to the other ingredients in the bowl, she said, “Mayonnaise shrinks it.”

I’d never heard this before, but it’s true. When you add mayo to something, then mush it up, the food seems to get smaller as it is incorporated into it.

Anyway, now I have to repeat this every single time I use mayonnaise.

By the way, how do you say mayonnaise? Do you just shorten it (haha or shrink it) to the word ‘mayo’? Do you say the whole word every time? How do you pronounce it? This is how I grew up hearing it said… Man-aze. 🙂

There are lots of words. I like words. I write words. I like to learn new words. I even like to read the dictionary. Some words have similar meanings, some are opposites of each other. Some words are used for a certain situation and time period, then they evolve into another word entirely, for the same type of activity.

That is what I am writing about today. There are three that seem to have switched places over the years. These are….

Take the photo album. For many years it has been thought of as a place to put your snapshots in book form. You buy a book that has blank pages designated for this purpose. There are lots of ways to stick them in and be a bit creative in the layout. In earlier days you would purchase little stick on photo corners to hold the photos in place. Mostly they would be arranged in a row, with maybe a caption underneath saying who was in the picture.

Later on there were the magnetic photo books. You’d peel back a clear film on the page, arrange your pictures on the sticky cardboard, then pull the filmy plastic back over them to protect them.

There were also books that had separate picture sized holders which you just slipped your photo into.

To me, that is a photo album.

Next we have scrapbooks. People have been scrapbooking for many years. It would consist of a purchased blank book, usually large, with paper pages. On these pages people glue in all types of things. These could and did include photos, but also souvenirs, mementos…something you wanted to save to remember. There could be bits of colored paper, cards, ticket stubs, newspaper clippings, and whatever the person felt like including in their book. It was a personal record of their interests and reflected their individual personality.

To me, that is a scrapbook.

Here is where it gets tricky, and the words seem to have switched places.

What people of today are calling ‘scrapbooking’ is by my reasoning, just a pretty, decorative photo album. Photos arranged on a page with some cute purchased thematic stickers or cutouts pleasing to the creator of the book.

What was once actual scrapbooking is now called a ‘smash book’. It’s the same as it always was, just using a different word.

When and why they switched, I don’t know. I have been doing the traditional scrapbooking since I was a kid. There were a few years that I didn’t glue anything into books, but I saved all my bits and pieces of items I would eventually use to fill them. When I did begin to do this, I found the words had changed as to which was which.

All words put aside, though, if you like doing pretty photo albums, or scrapbooks, or smash books, it is a wonderful and creative process. It is fun to look back at the pictures and remembrances that you saved, and for later generations to look at and have more of a sense of who you were at that time in history.