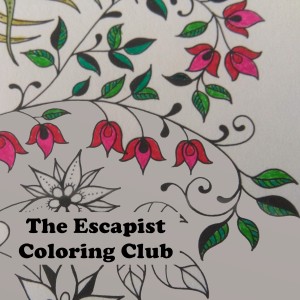 Linda G. Hill hosts this monthly challenge. It’s just for fun. If you’d like to join in, all the details are at the above link. 🙂 Thanks, Linda!

I just missed posting for October, though I meant to. But, I did do a lot of coloring during the month, and these pictures are just a few of the ones I finished.

The first one shows two girls roller skating. They have pink pants with black knee pads, and blue and pink tie-dyed shirts.

The next photos are from a little booklet that tells how you should get along with dogs. I finished the whole book, of which there are many more pictures.

I like the larger designs in these books, as I have trouble with the teeny tiny designs of other kinds of coloring books, and I get bored if it is a large picture. So these are just about right. 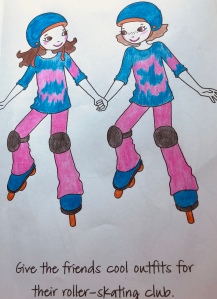 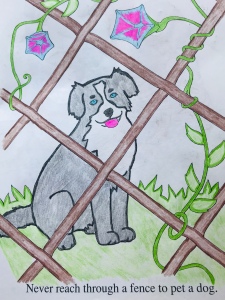 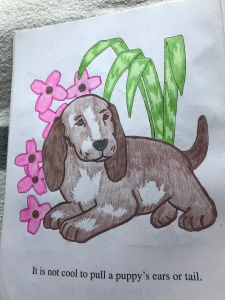 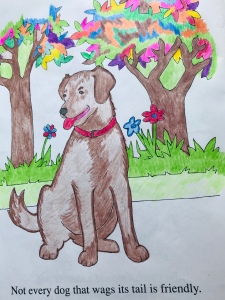 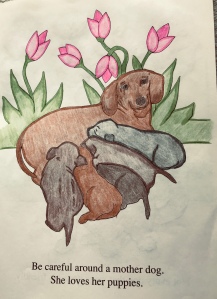 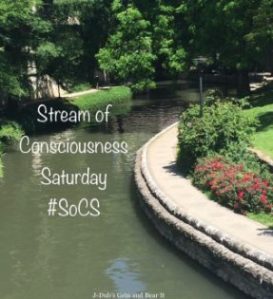 The Friday Reminder and Prompt for #SoCS August 4/18

Your Friday prompt for Stream of Consciousness Saturday is “call.” Use the word “call” or any word that contains those letters in that order. Have fun!

Who ya gonna call?

This is a fun song and a great movie, even if it is kind of silly.

What it reminds me of is taking my girls to the skating rink every Saturday morning. They took skating lessons for awhile, and this song played a lot over the loudspeakers. I heard it before I ever saw the movie.

Well, anyway…I had to put that song on here because it’s the first thing I thought of for the prompt word, ‘call’.

My grand-daughter loves anything creepy and strange, and Halloween things, and loves to hunt for ghosts, too. Except this week she was all into Christmas and singing me songs, like the Partridge in a Pear Tree, with the 4 calling birds!

I’ve had several jobs of calling people on the phone…yes, the dreaded and hated telemarketers. I was one. Actually, those jobs were the most fun I’ve ever had at working. I had my share of cranky people, rude comments, and hang ups, but still, I liked it. And I really normally hate talking on the phone. My friends would call me and we’d talk and I’d enjoy it, but I was never one to initiate a call. Even now, it’s rare, except to call a business to see what time they open/close. Anything else, I get all flustered and can’t say it right, what I’m trying to get across. Probably the telemarketing job was easy, because we had a script we had to say every time, and then we could ad lib a bit. Also, the other employees were a fun bunch of people to work with, along with the employers of these many jobs I had.

Well, enough about this for now…

I’ll wish y’all a happy Saturday, with calls or no calls, ghosts or no ghosts…however you like it. 🙂

Q – Did you like to roller skate? Did you go to a skating rink, or did you skate on the sidewalk/street at home? If you went to the skating rink, did you spend more time skating or socializing?

I loved to roller skate! Early on, I did have some of those clamp onto your shoes kind, with a skate key to tighten them. I’m guessing I just skated around and around the kitchen table, as there was no carpet in that room. Otherwise, we would skate in the middle of the street. We didn’t have sidewalks, at the time, and our driveway was just caliche dirt/rocks.

Later on, in my teens, I had my own roller skates. They were white, lace up, and I bought some gold and white pom-poms to attatch to the top. Every Friday night was skating night. I’d meet my friends at the rink. (our parents had to drive us, as we weren’t old enough to drive yet). It would be from 7 p. m. until probably 11/12 o’clock. Our rink was called Fair Park, because it was located in one of the large buildings located at the fair grounds. Funny, there was another rink in town, called Haney’s. Seems there was a friendly rivalry between the kids who went to one or the other, saying their rink was the best one. Once in awhile we’d go to the other one, just to check it out. Ours was the best, I think. My future husband always went to the other one, and he says it was the best!

Anyway, we had one claim to fame at Fair Park; Buddy Holly and the Crickets had played a live show from there one time. Later on there would be an occasional local band that would play while we were skating there.

Mostly we skated. We socialized too, of course, but we could all skate pretty good, frontwards, backwards, dancing what we called the jitterbug, and whatever else we could think to do out on the rink.

Now, this is a fun memory. Every time we were there, late in the evening, around 10 probably, we’d all take off our skates. I mean, lots of kids. We’d all go out, cross the big road/highway, climb a little hill, and arrive at a bakery. The bakery would be cooking fresh loaves of bread for the next day, and the smell was delicious. It would drift over to the skating rink, signalling it was ready. So, we’d all go over to buy a loaf of bread, each…for a quarter! We’d take it back to the rink to eat, put on our skates again, and do some more skating, until our parents picked us up. It’s strange to think of now, that the bakery people would even let all of us kids in so late, to buy bread, but they did.

Anyway, we did this for years. I guess when we got older and in High School, we had other activities to do, like dating, and football games on Friday nights. But, I’ll always remember the good times we had at the rink.