The Friday Reminder and Prompt for #SoCS June 30/18

Your Friday prompt for Stream of Consciousness Saturday is “cheers.” Use it any way you’d like. Enjoy!

So, the first thing that most probably everyone thought of with the prompt of ‘cheers’, is the TV show called, “Cheers”.

I thought of it too, but I’m sure I’m in the minority, and going against the grain, by saying I never did like that show. I watched a few of them, and didn’t see the appeal. First, I wasn’t crazy about the actors, or the characters they played. That it was set in a bar, wasn’t my favorite setting, either. I’ve been down the drinking, partying road many years ago, and don’t care to do it any more. Wasn’t much fun then, and I can’t imagine it being fun now.

What I really want to talk about is this…Cheer-leading.

Yes, once upon a time I tried out for being a cheer leader at school, but being non-athletic, and uncoordinated, I didn’t make it. (hah!)

However, my daughter did. She began her cheer-leading activities in kindergarten…for their little soccer team. She had an official uniform, and learned a lot of cheers. She still has that uniform…it’s so tiny! Her own daughter can wear it now. She still has all her uniforms, as we had to buy each one (and they are not cheap!)

Later, she cheered every year in middle school, and also in high school. There were many uniforms…all cute, and different ones for each season.

The cheer squad in all of these were very hard working girls. They were very much working at their cheering and stunts, and very dedicated (not just playing around).

She learned lots of cheer chants, too.

Here’s a couple I remember from hearing them at my old school, whose mascot was the Matadors.

When we fight with determination

We create a sensation!”

All for the Matadors, stand up and holler”

I used to know them all, from hearing them so many times, but now have forgotten. They were all catchy and fun.

Do you remember any cheer chants from your school days? 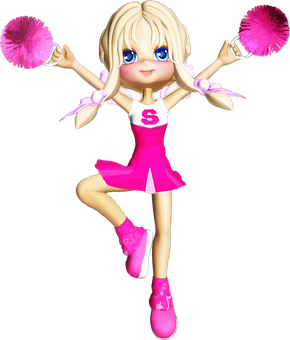 Here are the fill-ins:

These are the things I wrote in my diary, when I was 10 years old. 🙂

4/12/61 – I did not go to school. I had the cramp. I stayed in bed all day. After dinner we went to the store. When I came home I played. I felt better. I played out side. Then I watched tv. Then I went to bed.

4/13/61 – I went to school. I asked the teacher what they did yesterday. They went walking. They went to C’s house. (classmate) They saw all their dogs and chickens. Then they went over to E’s house. (classmate) C rode his pony. When I came home I played. I watched tv. Then I went to bed.  (for some reason I think I must have gotten the days wrong in here. I definitely remember going on this outing with the class…or maybe we went another time that I went?)

4/17/61 – I went to school. After school I went to play with B (a classmate- I remember we had fun playing paper dolls). When I came home I played Then I watched tv and went to bed.

Here’s more entries from my diary. I have included a photo of the page this time, too! 🙂

3/18/61 – I did not go to school. We went to the stamp center. we did not buy anything. Granny went with us. we went by the dime store. I bought paper, past. (paste) When I got home I played. I got my Easter shoes. Then we watched tv. Then we went to bed.

3/19/61 – I played all day. Daddy went over to Mrs. S’s (neighbor) house. I went with him. We saw their puppies. L and J (the neighbor girls) came over. L and I cooked dinner. When they went home I played. Then I painted. Then we went to bed.

3/24/61 – I went to school. Some mothers came to visit. When I went home I played. Then I palnted (planted? I have no idea what this was). Then I watched tv. then I went to bed.