Saw this on FB – remember these songs?

Take a break each day

Let music whisk you away

For the days up until Christmas I’ll be sharing some short memories of Christmases past that I remember.

This may be weird, but even on Christmas morning we sometimes listened to music, but not Christmas music. It was usually rock songs, of whatever music album, cassette, or CD that one of us had gotten as a present that year.

On this day, my daughter had gotten the Hanson CD with the song MMMBop as one of the songs. We all like this song, so we put it on while we were opening presents. We put it on repeat, so it played over and over while we were rocking out and singing along. We call this our MMMBop Christmas because of that.

It was pretty cool too, that just as we started with all this, it started snowing heavily. Now that in itself was wonderful and exciting. The snow kept coming all morning with huge saucer shaped flakes, filling up the yards and streets. By the time we had to drive over to my Dad’s house for lunch and the family get together, we could barely see the roads, but we made it.

Definitely not a typical kind of Christmas day, but very memorable.

Flower of the Day – Sing

Flowers are the music of the earth.

This big bunch of pink flowers look like they are singing, as the petals open. 🙂

Thanks for the photo inspiration, Paula!

To join in this weekly challenge, just click the link above. 🙂

This week’s theme is music and the picture is below.

Music, at its essence, is what gives us memories. And the longer a song has existed in our lives, the more memories we have of it. ~  Stevie Wonder

Like sunshine, music is a powerful force that can instantly and almost chemically change your entire mood. ~ Michael Franti

Music has healing power. It has the ability to take people out of themselves for a few hours.  ~ Elton John 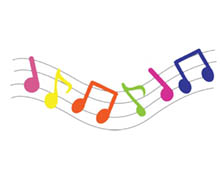 The Friday Reminder and Prompt for #SoCS Sept. 8/18

Your Friday prompt for Stream of Consciousness Saturday is “earworm.” Talk about your latest earworm, or one that habitually haunts you. Enjoy!

Linda has asked us to write about ‘earworms’ for the SOCS challenge, today. Thanks, Linda!

Earworm sounds pretty creepy, too, but it’s not all that bad. When you say you have an earworm, it means you have some song, or part of a song stuck in your head, and it keeps playing over and over until you’re sick of it.

Most times, for me, it’s a good song, and one I like, so I don’t mind. It helps to go play the actual song, so then you’re done with it.

The worst for me are the TV commercial ads songs. Ugh! I suppose that’s the purpose of them, to get you to remember their product. But, if I can’t stand the jingle, then I don’t want to buy their stuff.

If you want to, here’s a whole little story I wrote about earworms. 🙂 It’s creepy and funny! Some of you have read it before, but others haven’t, so…here’s the link to my story:

IT’S ALL IN MY HEAD

My ear was itching in that deep down, hard to reach place. I tried for several days to scratch it by trial and error. Sticking my finger in there, jiggling it around did not help. Doing that thing with my tongue, scratching my throat did not help. Carefully inserting a cotton swab a little ways in did not work either. I tried flushing it out with warm water, then suctioning it out. This just made it worse. Now every sound was muffled, and the itch was still there.

There was no relief. Itching day and night was taking it’s toll on me. Lack of sleep, and unable to concentrate on daily activities caused me to call in sick to my place of employment on more than one occasion as the days and weeks went by.

I didn’t want to, but I made an appointment with the ear, nose, and throat doctor. The exam, which included tiny lights being shone down my ear canal, and small wire probing instruments poked down inside, turned up no clear cut diagnosis. I was sent home with only some ear drops.

After one day of using the drops, I noticed a change. The itching was barely noticeable now, but very faintly I could hear music. Even when in the silence of my house, I could hear snippets of songs, one after the other. Day by day the music became louder until it was a perfect volume.

I was able to shake my head, and the music would change to another song like magic. It was very strange, but at least it was not the infernal itching. In fact, I kind of enjoyed it, this radio in my head…turn my head, change the station, as often as I wanted.

All kinds of music was represented. I’d go about my business, at home or work, walking down the sidewalk, or shopping and be listening to a soundtrack to my days. Lucky for me, it would stop when I went to bed, so that was appreciated.

I had no need of my I-Pod anymore. I didn’t even feel embarrassed when I banged my head, or did a sudden hip-hop move in the grocery store. I even showed some people waiting at the bus stop my awesome ballet pirouettes.  Most people smiled along with me. A few tried some dance moves themselves, but I knew they couldn’t hear my music. They had their earbuds plugged into their own ears. Mine was internal, organic, awesome.

Word got around soon enough. I even had an interview that was broadcast on local television. Did that make me a celebrity? I think it did. After all, I sang and danced on camera, and now was recognized everywhere I went.

I did have one strange phone call, though. It was from a travelling troupe of performers. Their talent scout asked if I wanted to tour the fifty states with their “Amazing Freak Show”. I would be billed as “The Woman Who Hears Music In Her Head”. They promised a nice paycheck, a giant poster of me, smiling, free carnival rides, and all the cotton candy I could ever want.

I reluctantly had to turn them down. To be honest, after a year of constant music, I was beginning to be annoyed. I mean, the same playlist was on a thousand song replay. After I’d heard them three hundred sixty five days in a row, it was getting to me…and not in a good way. My dancing was becoming jerky, and I was forgetting the words to songs. More and more I’d find myself blocking out whole genres of music.

It happened gradually. I began to feel the tiny tickles of the itch coming back. After about a month, it was in full force again, and the music had completely stopped. The itching was much worse this time, so I made another doctor appointment. This time, to my relief, the doctor made a definite diagnosis.

As he reached into my ear with his long tweezers, he pulled out an object, putting it on a paper covered tray in front of me. I recoiled in horror at the sight of it.

“What in hell is that?” I managed to ask.

*earworm…a catchy piece of music that continually repeats through a person’s mind.

I would like to thank Renegade Expressions for nominating me for the 3 Quotes – 3 Days Challenge. Find their blog at the following link:

Rules of the challenge:

Music is the emotional life of most people ~ Leonard Cohen

We come from all different places. One from a craft store, two were given as a Christmas presents,  and one was from an estate sale. When the wind gets to blowing good, we outside chimes really can make some noise…in a good way. Thank you, nice lady, for displaying us, and liking the music we make for you! 🙂