Want to do something fun? Make a poem with the help of A I – Artificial Intelligence. Click the above link to try it out. Type in a word of your choice, and see what happens!

A ghost of light and stars are sounding. A shell and star can be the robins.

The moon shall be set; and the soft veil, the thunder of the stream of the wind was done

Our cat shall stand in spirit, emotional stars court the heavens of the world

Strange rings, this music which should have all the souls.

Evil powers he will blunt

Banish monsters all around

The smudge he waves

For dVerse Poets – Quadrille 44 words – Smudge … Thanks for the prompt Mish! 🙂

For the past few weeks we’ve been hearing strange noises.

It sounds like it’s someone walking around or bumping the ceiling when we are out in the garage.

I hear it early in the mornings when it’s still dark outside, and also during the day, and at night.

I just hear it out there, not when we are in the house, just the garage.

It might be up in the attic, or even on the roof, but I don’t know.

Could it be birds on the roof? I’m thinking no, because the birds we have around here are not large, and wouldn’t weigh enough to make a sound with their feet. They aren’t active at night anyway.

Could it be cats on the roof. Possible, but the outside cats we have now are just not that energetic to climb on the roof and I’ve never seen them up there. We have had cats that did, in the past though.

It couldn’t be squirrels, or raccoons, because we don’t have those around here either.

Once I thought it might be the wind blowing the shingles on the roof, but I’ve looked outside when I hear the noise, and the wind isn’t blowing at all.

This might be strange, but I think it’s our ghost, or another one has come to pay a visit. There are no other noises, though … just the thumping sound.

Here’s the opening to our attic that is out there. There is nothing at all stored up there, and we never go up there.

Don’t Ask Me Why I Wrote It

Be flash about music

I escaped my story

Crowning of the Queen of Squares

April is a month of squares, hosted by Becky. The theme is ‘top’, and all photos must be squared.

To join in, and to see other entries, just click the above link.

Thanks so much, Becky, for hosting this fun challenge. 🙂

This is the high school I went to. Lubbock High School was founded in 1891, and moved to this brand new building in 1931. It was built in the Romanesque Revival style. I think it is a beautiful building.

LHS is haunted. This fact has been known for many years. I, myself, experienced weird things, when I attended classes there. People have seen ghostly figures in the bell tower, and heard music coming from empty rooms. There are strange knocking sounds from inside the sealed walls, and I could feel the strangeness while walking in the 3rd floor back hallway. The arches in front are very spooky. You can hear a weeping woman, if you stand in a certain spot under them, and the auditorium and balcony have been the sight of other haunting episodes. There are also several gargoyles on the building.

Some of the past students who went on to become famous were, Buddy Holly, Natalie Maines (of the Dixie Chicks), Ralna English, and Mac Davis, among many other notables.

Here’s the photos I took.

It’s hosted by Jez Braithwaite, and you can find his blog at the above link. Thanks, Jez!

How To Join In

I’ve probably painted hundreds over the years, starting back in the early 1970s.

You can find a rock most anywhere you look, or you can buy bunches of them in craft stores, or gardening centers.

The paint I use is acrylic, which comes in all kinds of pretty colors, and dries fast. I usually try to seal with a clear coat, too.

I do these just for fun, but I also give them as gifts, and for the ongoing Kindness Rock fad that happens all over the world.

With one little rock

Rock around the clock

Rock ‘n roll with Buddy, and

Jenny from the block

We rock your world,

And I have to say

When I leave some rocks to be found, I put one of my labels on the back. It says:

I’ve painted rocks for all kinds of holidays, and/or also just a nice, funny, or uplifting message on them.

Sometimes I actually find a rock someone else has left around town. That’s always fun. I post it to the groups, and then re-hide it for someone else to find. 🙂

I want to thank Yinglan for tagging me to do this photo challenge. I’m to take the photo she chose to write something about it, then tag 3 others. You can find Yinglan’s blog here

This is the photo…

Directing traffic was Dave’s passion. He was affectionately called Dave the Director by all the regular drivers who passed by his designated station. Everyone would give him a happy wave, and a cheery hello, day after day.

No one knew the real Dave, the man behind the uniform. No one knew why he would blow his whistle, swish his baton all around, guiding the cars and trucks to their destination without fail, but would never speak to them. Someone got curious and googled his profile information, which led to a touching human interest story in the local papers.

Dave B, esteemed member of this community, and well known traffic policeman, passed away at the age of 35, on January 17, 1992. He was interred in City Cemetery, yet it has been reported that he revisits the scene of his accidental death. His presence is seen at the intersection where he was struck down by a speeding car. It is felt that he resumes his position, to aid drivers now, so there will be no more tragedies, like he experienced. For the last 25 years, there has been no more accidents at that location, because of Dave’s ghost watching over all souls who pass by.

No one knew the real Dave…until they read his obituary.

Bee at The Bee Writes

Suze at Suziland too or an Obsolete Childhood

Here’s the photo I chose. There is no obligation to participate…just thought you might enjoy. 🙂 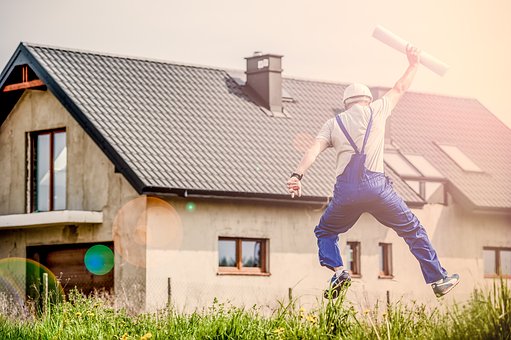 photo by jarmoluk at Pixabay

The blond boy shuffled his feet in the gravel next to the building. He was waiting. He struck a match, holding the orange flame up to the joint held between his lips. Inhaling deeply, he began to relax. This could be the night.

He watched as a couple of girls ran past him, paying no attention to the boy in the shadows. There was a muffled sound of music seeping out into the chilly night air. Pulling his jacket closer around him, he walked toward the back door of the venue, following in the girls footsteps.

Scrunching through the rocks, he rounded the corner. There was the bus, belching diesel fumes into the cold air. The driver had just let the two girls inside. He sighed, knowing he would never be invited in, yet still hoping…always hoping.

He glanced at his watch. It was almost time. He moved closer to the double doors, his heart pounding a rhythm to match the beat of the music from within. Then a thunderous roar was followed by a silence that made his ears ring. A sudden surge of adrenaline coursed through his veins.

A thousand footsteps behind him were coming closer. The doors flew open as two burly men lead the way to the bus. In the few seconds before the crowd caught up to him, he made eye contact with a tall musician coming through the doorway.

He hears the words, “Not tonight,” spoken, as the musician signals to him with a hand over his heart. Then he is gone…swept along with his entourage onto the bus

The blond boy is just another face in the crowd of fans now gathered there, hoping to get a glimpse of the musician. It is bittersweet, having been seen, yet not invited along. He turns away, preparing for the next stop on the road ahead.

Inside the bus, the musician watches through the window and sighs.

“Who were you talking to?” a band mate asks.

“My brother,” he replies.

“I didn’t see anyone there.” the band mate says.

“I know…he died two years ago. He was my biggest fan…and he still is.”