1. What is usually shaken and not stirred? … A little bottle of fingernail polish

3. What is a Thunderball? …This is when in a storm, the thunder and lightning happen at the same time creating ball lightning

4. Who sang ‘For Your Eyes Only?’ … The Owl in the little story of the Owl and the Pussycat 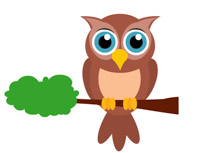 6. What snack did ‘Q’ almost lose when showing off one of his latest gadgets? … Nestles Quick Chocolate drink. He invented an electric spoon stirrer, and knocked the cup over

7. What was sent from Russia with Love? … 99 bottles of beer on the wall

8. What scares the living daylights out of you? … Tornadoes! 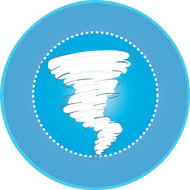 9. What does a Moonraker do? … The aliens who live on the moon have gardeners who rake the moon dust into meditative swirls 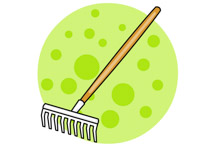 10. What is You Only Live Twice about? … It’s a memoir of a person who dies, but is reincarnated later on.

Want to do something fun? Make a poem with the help of A I – Artificial Intelligence. Click the above link to try it out. Type in a word of your choice, and see what happens!

A ghost of light and stars are sounding. A shell and star can be the robins.

The moon shall be set; and the soft veil, the thunder of the stream of the wind was done

Our cat shall stand in spirit, emotional stars court the heavens of the world

Strange rings, this music which should have all the souls.

Here’s todays SOCS prompt from Linda G. Hill! Thanks so much for always having interesting ideas to write about! 🙂

Your Friday prompt for Stream of Consciousness Saturday is “yarn.” Use it any way you’d like. Enjoy!

Yarn is very handy, if you’ve a mind to try it

All the pretty colors, but found I couldn’t knit it

I used to do crochet, and I do have to say

I made a lot of things, way back in the day

Yep, I used to crochet a lot of things. I made some large blankets, and cute stuffed toys, and even doll dresses.

These days I don’t. It’s been a lot of years since I tried to make a scarf, and it’s just sitting there.

Yarn is useful in other ways, though. I use it to tie things, and in crafting other things. It’s good for use as colorful ribbons and pom poms on gift packages. A strange use I have for yarn is to wrap some multi-colored lines around the earpieces of my glasses. It helps keep the metal frame from irritating my skin over my ears. Looks kinda cool, actually. The latest thing I used some for is to repair a cat toy. It is a fishing pole deal with a toy on the end, and the string had broken.

Yarn to the rescue!

2. Who said “All the world’s a stage, and all the men and women merely players’ … All the high school drama teachers when they were directing students for a stage play.

3. Who was widely regarded as the greatest writer in the English language and one of the world’s greatest dramatists ? … Noah Webster, because he wrote the first book – a dictionary of words, and wasn’t hesitant to promote his book by all media of the day.

4. What was The Globe? … Oh, this was a huge discount store in our town. It was here before Wal-mart came along, but now is out of business.

5. ‘Much ado about nothing’ was about what? … It means to make a mountain out of a molehill – in other words, insignificant rantings.

6. Who were Titania and Oberon? … These are very old, antique brands of wrist watches.

7. Who were known as The Weird Sisters or Wayward Sisters? … I heard they were sisters who went hunting for tornadoes in the heartland. 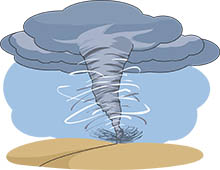 8. What is Bardolatry? … This is a process used in old fashioned kitchens, where the cook would use rendered lard to fry things in. It’s frowned upon these days as it’s bad for your health.

10. Who was known as The Swan of Avon? … The collector’s bottle of perfume shaped like a swan with a crown on it’s head. It was sold by Avon Products.

These are the Q & A from last week which I forgot to post:

Fibbing Friday – Would You Believe?

Find out more at the link found below.

Below are 10 questions, the answers to which are entirely up to you.
The idea though is to fib a little, a lot, tell whoppers, be inventive, silly or even outrageous in your response as long as you evade the truth (or maybe bend it a little).

The questions & my answers:

This is the place to showcase your coloring! Join in Linda G. Hill’s fun coloring club. See other entries. It’s fun! Just click the above link for details. 🙂

I’ve colored so many pages these past months I can’t even keep track of them all.

These are really recent ones, though.

Find out more at the following link:

1. What do you get hanging from Santa’s roof? — frozen icicle toes

2. Where does Santa get his annual flu jab? — he gets it at the local supermarket

3. What kind of motor bike does Santa ride when he’s off duty? — no motor – just a banana seat bike

4. What does Santa suffer from if he gets stuck in a chimney? — hearing the kids keep asking ‘what’s that’ over and over

5. What do you get when you run over a skunk with Santa’s Sleigh? — a poor dead skunk

6. What do Santa’s little helpers learn at school? — how to paint stripes on candy canes

8. Who is the King of Santa’s helpers? — his dog named King

9. What’s worse than Rudolph with a runny nose? — a hanging off the roof with frozen icicle toes

10. What do you get when you cross a snowman with a vampire? — Frosty Fangs

For the days up until Christmas I’ll be sharing some short memories of Christmases past that I remember.

We were in Germany in 1972 at Christmas time. I have lots of good memories about this one, as it was the first time I celebrated Christmas in another country.

We lived in the city of Furth/Nuremberg in an apartment building. Most of the tenants were with the American military and their families. One of our good neighbors was such, and his wife was German. They had a little girl, too.

We got together with them all the time, for food and card games, and I’d baby sit the little girl sometimes, too. They invited us to their Christmas dinner that year, and had some traditions that for us was different and very enjoyable.

Below, is what I wrote about it in a past post.

A photo of the sugar cone melting over a copper pot.

The Burnt Punch photo was taken when we lived in Germany. Our neighbors invited us over for a Christmas meal and had this, also. I’d forgotten what it was called, so looked under ‘burning sugar cone’ and this is what it said about it. It’s a German tradition, called Feverzaugenbowle (burnt punch). It contains wine, fruits and spices. The solid sugar cone is soaked in rum, then set afire, and it melts/drips into the metal punch bowl. 🙂 Another traditional German drink we were introduced to was the Rumtopf. This is a crock jar, that fruits are added to, layered, with rum. We had a lovely meal, that included actual reindeer meat, and boiled chestnuts. They lit the candles on their  Christmas tree, and we listened to classical music. I imagine we also played some card games, too, as that is what we did quite frequently. 🙂

Another fun thing we did this year was going to the Christmas Market there in the town. It was full of Christmas cheer and decorations. I bought a couple of ornaments to keep, and still have them.