For today’s prompt we are to remember back to some of the words we used or that were trending during the past days. Thanks, Lauren!

What were the words you would have used to describe something cool or popular?

I’d say something was cool or neat or super – and I still use those words today.

How about those things that were uncool?

Probably I’d say it was a bummer.

What were the hairstyles of the day?

I’ve been through lots of hairstyles, early on my mom kept me with a short hair curly permanent. I hated it. When I got older I had my hair done in a flip (ends turned up) or a pageboy (ends turned under). Then there were the long, straight and ironed hair style for a long time. Later still was the shag (layered), and now it’s back to long and straight. I went through lots of dyed colors too, for a lot of years.

Did they have a name everyone used to reference them?

What were the styles of the time?

What word would you have used to describe something distasteful?

We’d probably call it gross or groady. I still do.

What about peers you were not fond of or were not part of your tribe?

I can’t recall calling other groups of people anything.

Any phrases you remember that were used (or overused)?

Peace (which I still use now), far out, groovy, right on, flower power, good vibes

Daffy Definition = yen-shee  – A certified instructor of the art of meditation.

Sentence = Everyone who attended meditation class thought Hannah was the best yen-shee.

Real Definition = The residue formed in the bowl of an opium pipe by smoking.

Daffy Definition = yare – The southern way of pronouncing the words year, or your.

Daffy Definition = yaupon – A cleansing cream for removing make-up products from your face.

Sentence = Wanda smeared yaupon all over her face, before going to bed.

Real Definition = A holly of the southern U.S. with smooth elliptical leaves and emetic and purgative properties.

Here are some X-tra nutty definitions for letter X

Real Definition = The posterior segment of the sternum, called also the xiphoid process.

Sentence = Xeric rose to superhero status, when he defeated the enemies of Earth in a fierce battle.

Real Definition = Characterized by, relating to, or requiring only a small amount of moisture.

Daffy Definition = xebec – A rare bird, having black and white striped feathers; a bird found in the rainforest.

Sentence = While on their expedition to the rainforest, the ornithologists were excited when they saw the rare xebec, in it’s natural habitat.

So, here we go with Letter W …

GETTING WORDY WITH IT

Well, being a writer, I love words. Word games are a favorite way to work with words. One of the first word games I learned to play was Anagrams. You would draw from a pile of letter tiles, and try to make as many words from them as you could. You’d take turns with other players, drawing tiles until all the tiles were used. The person with the most formed words, won the game.

From that, I went on to crossword puzzles, and skeleton puzzles. Next up, I think, was word search games, then Scrabble and Boggle. Other games that make use of words, are Scattergories, Scrutinize, and the old favorites…Password, and Mad Libs. There are a lot of pencil puzzle books too, with all kinds of fun games to do inside.

Television game shows make use of words for the contestants to play the game. These are fun to watch and play along to at home. Some of these include, Jeopardy, $100,000 Pyramid, and Wheel of Fortune.

I still like to play all of these games. So, to someone who likes word games, there are plenty to choose from.

Have fun being ‘wordy’! 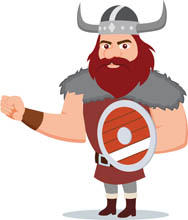 I have no idea why I wrote these words a long time ago. I found them in an old notebook. Very strange! 🙂

Revolution is now following you.

One-Liner Wednesday – Hey, this is fun!

For One Liner Wednesday, Linda shares a fun link with words. Thanks, Linda!

To join in and also see other entries, just click the above link.

Go to the following link and plug in your birth year to find your favourite words from the year you were born. Make a sentence out of them!

This was lots of fun! You can try it too, at the above link.

Here’s a few of the words first used from the year 1950, that I strung together to make some sort of sense. 🙂

Variable Definition = vituperation – The distinctive smell of sweat that is exuded after taking certain vitamins.

Sentence = Bonnie smelled like an orange when she worked out, after taking her vitamin C.

Sentence = Vector control reports that local ponds have been inundated with mosquito varve, and are due to hatch out soon.

Real Definition = A pair of layers of alternately finer and coarser silt or clay believed to comprise an annual cycle of deposition in a body of still water.

Sentence = Guys, tired of your mouth feeling fruity and minty? Velamen breath tablets are available in these new flavors…steak, beer, and jalapeno/cheese.

Real Definition = The thick, corky epidermis of aerial roots of an epiphytic orchid, that absorbs water from the atmosphere.

By the pink framed chalkboard are the fuzzy chickens, with a yellow one in a tiny blue & white box with a cat on top of it.

Here’s a fun thing to do:

Find some words in the dictionary that you really don’t know the definition of (don’t look at the definition at first).  Then, by the way it is spelled, or how it sounds to you, make up a funny sentence using the word. Lastly, read the actual definition. It’s funny to see if you were anywhere close to getting it right. 🙂

Here’s some starting with letter C that I found.

Clueless Definition = camerlengo – Instructions in how to operate a camera, written in camera lingo terms, so they are easily understood.

Sentence = In order to understand her new camera’s functions, she had to refer to the camerlengo that was included in the package.

Real Definition = A cardinal who heads the Apostolic Camera.

Sentence = Due to the prevalence of cats on the internet, by special decree, we hereby dub all cats citizens of this new country, to be named Concatenation.

Real Definition = To link together in a series or chain; linked together.

Clueless Definition = camion – To wear camouflage; the opposite of cami-off.

Sentence = During basic training, all troops must learn about camouflage uniforms, beginning with when to put their camion, and when to take it off.

“Word Crimes”, by Weird Al Yankovic, was released from the album, “Mandatory Fun”, in 2013. It was written by, “Weird Al” Yankovic, Pharrell Williams, Robin Thicke, Clifford Harris Jr., and Marvin Gaye. It is on the RCA label.

I thought I’d try something a little different. I’ve seen similar, but haven’t tried doing it before. What I did, was take a bunch of books that I have stacked up, take a photo, and try to make some kind of poem out of the first word or two from the titles of them. This is what I came up with. 🙂 It was pretty interesting, and fun to do. I’ll probably try it again sometime. (oh, looks like I missed using a couple of the books title words…hmm, for fun see if you can guess the ones I missed?)

Breaking all souls into ashes, where

I am a stranger, a sleeping holy ghost

You don’t hold the reckless midnight storm, the biting lover, the darker shades…