When he decided to spy on his wife, the last thing he expected was to discover that she…

When he decided to spy on his wife, the last thing he expected was to discover that she was a shape shifter.

Becoming suspicious, he followed her one late night as she left the bed, heading to the back patio. As he peered through the curtain he was astounded. Slowly she felt around the top of her head and began unzipping all the way down, revealing her true self … her reptilian form.

She slowly turned toward him, stabbed him with her hypnotic lizard eyes, and pointed her talon at him.

Paralyzed with fear, he could only listen as she spewed some strange sounding words into the night air. The meaning was clear, though.

“Tell no one and you will continue living.”

Today she would find out if her entire life was a lie.

Today she would find out if her entire life was a lie.

Jiggling her foot and twisting a strand of hair through her fingers, Marissa closed her eyes and prayed, “Let it be good … let it be good”.

Gripping the edge of the table where she sat she willed herself not to pass out. Happy noises, jangly music, and carnival smells faded to the background of her consciousness, as the old fortune teller continued gazing into her crystal ball.

With a gasp, Madame Sophia clutched her chest. “Get out … get out now…”.

“What? What do you mean?” Marissa stared at the old woman.

“Leave now; I don’t give readings to ghosts.” She made the sign of the cross, then turned her back.

Confused, Marissa glanced at the crystal ball. She saw a granite gravestone with her name and dates of birth and death carved there. She’d died a hundred years ago on this very date.

crystal ball with skull inside 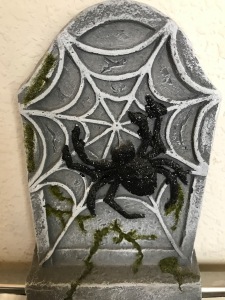 gravestone with spider and web

She had been watching her neighbor’s house for weeks, but she saw something today that made her…

She had been watching her neighbor’s house for weeks, but she saw something today that made her say, “Oh, how cute!”

There is a small opening in the concrete foundation of the neighbor’s house. I knew someone was under there, so I kept my eye on it off and on throughout the weeks.

Then today Mama Cat brought out her little kittens, and they were adorable. They toddled around as babies do, with Mama hovering protectively over them. When they got a little older she brought them over to our porch to introduce them, and show them where to find the cat crunchy food and the water bowl.

Three little kittens on the porch with water bowl & cat food crunchies. Kitties are one yellow one, one tabby one, and one black & white one.

~ note ~ this really happened, but several years ago.

People trust me with their secrets, but if they really knew me…

People trust me with their secrets, but if they really knew me they’d think twice before handing me the keys to their soul.

I am one of the immortal ancients. My job from the beginning of time has been to glean information from humankind. I am the keeper of secrets. I’ll never reveal what I’ve learned, but I am appointed to influence others for good or evil at my discretion. It’s interesting to learn the truths (or lies) that are in minds of mortals.

That little small voice inside your head? That’s me.

That guilt you feel? I just wanted to see how you handled it.

You are all puppets on my stage. I am the master of illusion and trickery. You may ask my name … I go by many … call me what you will.

But before I go, remember and think twice before revealing yourself and your secrets to me.

As our eyes met across the busy café tables, I was struck with the feeling that…

As our eyes met across the busy cafe tables, I was struck with the feeling that he was an alien from another galaxy … just like me. 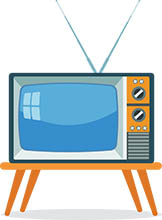 Here’s a little story I made up, using words from an online scrabble game called “Words With Friends”. These are fun to do…I just try to use all the words that have been played…try to make them fit into a quick little story. The words in bold are the words from the game. Enjoy!

“Good evening fans. Here it is Friday night, and we are swamped with updates here in our studio.

As always, we don’t try to demean anyone here…we’re just reporting the news as it happens. We oft get complaints from people who flip their wigs over our reg. news content. I say, if you can’t take a jab at someone as a joke, then Bro, you’re bent outta shape. This is raw and in your face. I don’t give a fig what anyone thinks.

So, without further ado, Lee will start us off with our first story.”

“Hi, Lee, what is our top story of the night?

“Ed, it would be the drag event, held at the ER disco ballroom, last evening. It was supposed to be a stag party for the groom to be, a foreigner by the name of Chine Zoa. The ETA of this shindig was to be 7 p.m. Everyone was to come dressed in drag. A Drag/Stag party. Well, the ballroom was set up nice, but the management nixed the addition of slot machines.

Then, Mike, the best man, threw dye into the decorative fountain, that turned the water as green as clover. The manager hies to the scene, and as he’s yelling at everyone, Ti and Qi, the twin viola players, hired for musical tunes, jump into the fountain. This caused a riot, as they can’t swim and needed to have the life bouys thrown in to save them.

There was chaos and looting, and it was not contained until midnight.”

“That was the highlight of our news cast. Thank you, Lee. We bid you adieu. Tune in tomorrow for more of…

This is a short fiction story I wrote back in 2016 using this photo prompt, which was found on Pixabay.

It was all the guy’s dreams to be the next guitar god, the next rock star, the next featured cover on the Rolling Stone Magazine. I was no exception. I wanted the fame and fortune, and yes, the girls.

I saved my allowance money, bought a second-hand guitar, and practiced. That got me invited to be a member of a hopeful garage band. We had a few gigs around town, had some local fame, but then it died down; we went our separate ways.

In college, I majored in art and music. The entertainment industry still called to me. I wonder what happened to those guys from high school? Did they follow their dreams, become famous? I don’t know, but I’ve met thousands of rock stars who did find that elusive dream.

I enjoy what I do. I may have never become famous for my guitar or voice, but my talents are in demand now. I’m famous in my own way. I design album covers. The burning guitar is my latest piece. 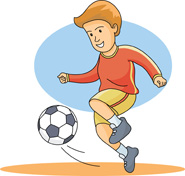 Turned loose in a large green field, the game players ran around willy-nilly. All the rules and regimentation were forgotten in this first taste of freedom. They shouted, and laughed, and kicked all the balls as hard as they wanted to.

There were no grown-ups telling them how to behave. Their uniforms became grass-stained, their shoes muddy, but they didn’t care. This was living!

After awhile they became tired and thirsty. This was a new feeling…uncomfortable. Looking around for an answer to their unanticipated quandary, they became worried. How would they get back home? Where was their home?

Back at the activities center, John and Joe looked at the game table.

“What happened to all the little foosball men?” John asked.

These are short phrases (or micro fiction) that I wrote years ago.

This one I wrote for a writing challenge back in 2016.

50 years after conquering the human race

they roamed freely in the wilderness

of concrete and glass

These are short phrases (or micro fiction) that I wrote years ago.

This one I wrote for a writing challenge back in July of 2016.

Straight rows, down the line, even spaces, he was not allowed to stop.

The plants talk to him, chanting…

The aliens look on, and revel in their take-over of the Earthlings.