This time last year I had this C o W post ready to go, and then … Murphy struck big time.

Big ‘ol X in the sky

The Eighth Annual Contest Of Whatever!

The Seventh Annual Contest Of Whatever!

In case you’re wondering, this is a fun contest hosted by the Evil Squirrel’s Nest. You can find out more by clicking the above link.

Last time the Topic was Murphy’s Law … This year it is X.

Pink framed chalkboard says ‘Chompers Choppers’ (yes, I forgot the apostrophe) and a toy motorcycle with a squirrel riding on it

Murphy’s law is an adage or epigram that is typically stated as: “Anything that can go wrong will go wrong”. 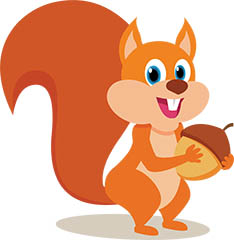 Chompers the Chopper riding squirrel was having a bad day.

Chompers got his name because he was always chomping on nuts. He was the champ chopper.

Now Chompers rode his Chopper Motorcycle like a champion chopper rider should. He rode around looking for the best nuts to chomp.

But, this was a crappy day.

“Cowabunga!” Chompers said, and his false choppers fell out of his mouth. Yeah, he wore chopper dentures – you know, he’d worn out his real teeth on all those hard nuts he’d always cracked. 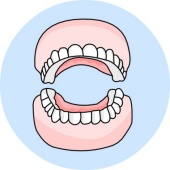 He turned on the standing light, so he could find his choppers that had fallen to the floor. But, as he did, the plastic cone shaped shade crumbled into a cazillion pieces.

Well, he went to the kitchen to find a knife to repair the light with. But, he couldn’t find it anywhere.

“Cool!” Chompers said as he held the knife up. But, then he dropped it and it stabbed his toe.

“Cowabunga!” Chompers said again, as he hopped around dripping blood all over the kitchen.

As he hopped and bled, he stepped on his lost Chopper teeth in the floor, and broke them. But at least he found them.

Chompers finally managed to gather his wits, and hopped out the door to ride his Chopper. But which doctor should he see first? The one who would give him stitches for his toe, or the dentist to fix his Chopper teeth?

But, never mind – Murphy struck again before he could do anything. It snowed and was icy, and he couldn’t ride his  chopper.

But, never mind – He caught a cold or the flu, and didn’t feel like going anyway.

And then … and then … the flu (or maybe it was Covid? probably was) got him (me) sent to the hospital in an ambulance and had to stay there for a week! It was awful.

So then … everyone realized there was the virus and everyone had to stay home to be safe.

I didn’t get to post my entry last year so here it is … glad I didn’t X it out.

~note – most of this actually did happen~