“Heaven”, by Warrant, was released as a single from the album, “Dirty Rotten Filthy Stinking Rich”, in 1988. It was written by Jani Lane, and is on the Columbia label.

Flower of the Day – Hibiscus

A nice pastel purple hibiscus with a darker center surrounding a white/yellow middle.

The little brass door bell tinkled, as Steve and Ghost entered the Whirling Disc record shop. Terry was behind the counter, and looked up.

“Don’t tell me it’s Halloween, already,” he said, laughing at what they were wearing. “Is that your costumes, or did y’all just forget to get dressed?”

“Oh, yeah, we just forgot,” Steve said. He hobbled his way over closer to the counter.

“I see you’re doing okay on those crutches…did you drive, too?”

“Yeah, it wasn’t too hard, and we got tired of being home. We were just over at the Yew for awhile,” Steve said. “Man, you should have been there.” He laughed, looking over at Ghost, who was spinning around on Terry’s office chair. He had the headphones on, listening to new music that had come in.

“Why, what happened?” Terry asked.

“Ghost just told everybody off…Zach, Trevor, and Calvin. He told them some truths about themselves,” Steve said, going into detail about the past hour. He had Terry laughing, too.

After a few minutes, Steve said, “Well, what I wanted to ask you, is can we do our CD recording in your studio…like in the next few days?”

“Yeah, y’all can look over the music and stuff ahead of time. I made some copies, and then we’ll set up a time.”

“Sure thing, Steve. It’s about time y’all had something new. It’s been a long time since the tape came out.”

“I know, and this time I want to make more…enough to send out farther around the area. Maybe, we’ll get discovered, or something,” Steve laughed.

“Yeah, Kinsey said something about that,” Terry smiled.

“We named him Spirit, and you can see him, when you come get the music,” Ghost said.

“You ready to go home, Ghost? We need to feed your cat, and Terry needs to get back to work,” Steve said, heading for the door.

Terry held the door open for him. “Any time you get bored, Steve, you should come put in a few hours here.”

“Okay, soon as we get this recording done, sure will, Terry.”

Back at home, Steve did some work on the music, getting his notes and suggestions down on paper. Ghost finished putting together his layout of pictures, for the book.  “I’m done with this, Steve. When can we take it to the printer?” he asked.

Steve took the pages, looking through them. “This is really good. Maybe tomorrow we can drive over to Raleigh, and drop it off. When we get back, I think we should go on over to the studio. I’d feel better if we get started with the recording as soon as we can.”

“Yeah, that sounds good. I’m tired, though…I’ll be glad when it’s all done.”

“Me too,” Steve said. He yawned, and tried to scratch an itch up under his cast. “All that running around this morning, maybe was too much. My leg kinda hurts, and really I should be resting it. Dragging this cast around isn’t as easy as it looks.”

“Did Terry say for sure he was coming out here today?” Ghost asked.

“No, but I have a feeling he will,” Steve said.

“You have a ‘feeling’,” Ghost giggled.

“Uh-huh, I know…well, I have a feeling like I’m gonna go take a nap,” Ghost said.

“Good idea, me too. C’mon Spirit, let’s go to bed,” Steve said, getting up off the couch.

All three of them settled in under the blankets on Ghost’s bed. It was the middle of the afternoon, but the house was quiet and warm, and they fell asleep pretty quick. A few hours later, Spirit woke. He walked around on top of Steve and Ghost, patting their faces with his paws, and meowing in their ears, trying to wake them.

“What’s the matter with your cat?” Steve asked, cracking open his eyes.

“He wants us to wake up; maybe he’s hungry.”

They tried to go back to sleep a little while longer, but then heard a scuffling out on the front porch, and a slight knocking on the door.

“Is that Terry, already?” Ghost asked.

“I wouldn’t think so,” Steve said. “He doesn’t usually close the shop this early.”

“Fine, I’ll get up,” Steve said, sitting up on the edge of the bed. Running his fingers through his wild hair, and over his face, he sighed. No one comes out here much, uninvited… He grabbed his baseball bat from his room, as he went down the hall to the front door, just in case. Whoever it was, was still there, and kept on knocking. Guess it’s not a burgler..don’t think a burgler would knock, before stealing your stuff…

He opened the door, looking out through the screen. It was Zach and Trevor.

“Uh, hey Steve,” Zach said, as he eyed the bat. “We just wanted to come out here and see you and Ghost.”

“Well, uh, we never really got to talk to y’all, ever, and we just wanted to…say hey, and maybe get to know y’all better, and…maybe we can start over?”

Steve was frowning, “What the hell are you trying to say? Ya wanna be ‘friends’…is that it?  I think it’s too late for that, already. Ya come into town, out of the blue, and start shit with me and Ghost. That ain’t cool, man. So…just run along…” He made a shooing motion with his hands, and started closing the door.

“Wait, Steve,” Ghost said. He’d come into the living room and was leaning on the hall doorway. His hair was all fly-away from blanket static, and he was holding the cat.

“Aw, shit, Ghost, why ya wanna give these two the time of day? We’re not enemies, Zach, but were not friends, either.”

“What…why? Fine, whatever…” Steve said, as he unlocked the screen. “Ghost seems to think I should let y’all in, but ya better keep a rein on Trevor. One wrong move, and…” he slapped the bat into his other hand.

Ghost reached out, pulling Steve away from the door. Zach and Trevor came in. They’d never been there before, so were curious as to what they’d see inside, especially since they’d snooped around outside, that time, looking for Nothing. The door knocker gargoyle, and hex sign painted on the porch, was still a little freaky, they thought.

Steve kept staring at them, not saying a word, waiting for them to speak first. Ghost was still holding Spirit, but suddenly the cat yowled. His fur standing on end, he jumped from Ghost’s arms, and ran into the bedroom under the bed.

“What the hell,” Steve yelled.

Ghost looked like he was about to do the same as the cat. He knew the cat had sensed something weird about Zach and Trevor. He hadn’t quite caught what it was about them, yet, but he was wary, now.

This is one of those strange kind of colors, at least for me it is. It sometimes looks black, gray or pinkish brown, and the true color hue comes from the family of Green!

Flower of the Day – Just Dandy

No matter we had snow and were below freezing last week, the dandelions were still going strong. Lots of yellow flowers and puffballs in the yard.

This kitty has the right idea – snuggled up in a fleece blanket. (gray cat inside white blanket) 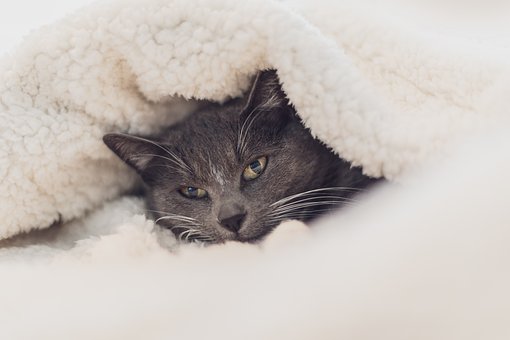 Fluffy Flannel and Fleece I Feel are my Favorite Fabrics.

Flower of the Day – P is for Purple

This is the deep purple/blue flower called Larkspur. They are medium tall with the blossoms stacked up the stem.

FOTD – February 23 – Tulip Field as the Sun Goes Down

The black void of space

A slip in the universe

Time is out of place

Today we are to choose our own song, and this is one of my favorite love songs.

“The Air That I Breathe”, by The Hollies