Fibbing Friday – By the Numbers

1. What is a pince nez?  … Pince Nez was an ancient Egyptian prince who founded the practice of Zen meditation.

2. Who had the original telephone number Whitehall 1212? … The Pigeon Fanciers Organization first established this number. 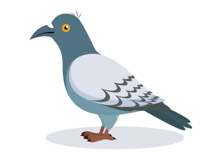 3. Who reportedly lived at 221B Baker Street? … I believe that would have been Tammy Faye Baker and her husband Jim.

4. What happened in Pudding Lane in 1666? … An ice cream truck gave out free pudding pops to young and old, therefore the street was named for this.

5. Who resides at 1600 Pennsylvania Avenue? … I’ve heard that there are a bunch of clowns that took over this resident some time ago. 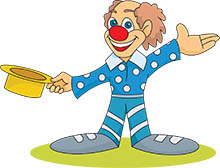 7. Who lost their head on 16th October 1793? … That girl in the movie whose head kept spinning around until it was completely unscrewed.

8. What was in operation between April 3 1860 and October 24 1861 but failed due to bankruptcy? … Any store that tried to conduct business on a jinx corner. Every town has one, and every business sooner or later fails.

9. What is the significance of The Golden Hind? … This, by proclamation, rules that any dog born with a blonde back leg, shall be awarded 50 gold pieces.

10. Who was Spencer Perceval?  … He was the guy who invented the catalog called ‘Spencer’s Gifts’, that has thousands of silly products you can order.