Some other flags (not so great photos, but it’s all I had)

For those who haven’t seen my Dear Diary posts before, a little explanation. This is my actual diary I wrote in for a full year, when I was 10 years old. I wrote every day, sometimes a lot, sometimes a little, sometimes funny, sometimes boring, but it was all recorded. Names of relatives are only first initials with relationship in parentheses. I’ve typed the entries just as I wrote them, misspellings and all, but corrected in parentheses. More posts of Dear Diary can be found by using categories, or search box. Hope you enjoy reading my childhood diary! 🙂

1/10/61 – I went to school and had fun. I went to the Dime store and got a new note book. It is blue with girls. They had pink sweters (sweaters)

1/12/61 – I went to school. after I got home I played over J’s (neighbor girl). after I came home I cooked supper for us. Then after a while daddy popped some pop corn.

1/14/61 – I helped mother clean house then P (sister) and I went outside and played. Daddy went to town 2 or 3 times. I read all day in a book called Black Tiger.

hahaha – sorry, that cracked me up about my aunt’s dog. They hadn’t named it yet, but they called it Sally. haha 🙂

I saw this in the refrigerated part of the floral department at the store. I think it’s a cute idea.

These flowers were arranged in a vase to look like an ice-cream soda. There was even a red carnation

to represent a cherry, some white ribbon for whipped cream, and a straw was in there, too! 🙂

They walked over to the bar where Kinsey was pretending to work. Ghost then did something totally unexpected. He broke free from Steve, came to Kinsey and said softly…

“I know Steve told you everything. It’s okay. I’m glad you know. You’ve been here for both of us all this time and, and…thank you.”

Coming closer, he brushed a feather light kiss on Kinsey’s lips and smiled as he looked up at Kinsey through strands of blond hair. Kinsey was astonished at all he’d witnessed, and at the crazy emotions that had been brought out that afternoon.

He cleared his throat and said huskily, “Aw, Ghost, you know I love you guys. I’ll have your back any time.”

Ghost grinned mischievously and said in a happy voice, “Can I buy somethin’ for me at the store?”

This made Steve and Kinsey both laugh, as the tension was broken and things felt normal again.

“Sure, Ghost, you and Steve can get something for yourselves, just try to hurry back,” said Kinsey, as he handed Steve his credit card and the list of things he needed.

Steve pushed Ghost out the door toward the car, while looking back, rolling his eyes and crossing his fingers. Kinsey shrugged and mouthed the word, “Hurry!”

Steve slid into the driver’s seat and started the old T-Bird. “Hope we have enough gas,” he thought. Ghost was already humming a song and hanging his head out the window.

“Yeah, I think so, but you can remind me if I forget,” said Ghost.

They rode in silence for awhile on the long drive to Raleigh. Steve was tired already, and he wondered if Ghost was feeling well enough to sing for two hours tonight. “Maybe we should just cancel the gig,” he was thinking.

“We can’t do that. I’ll be fine and you won’t be tired when you start playing,” Ghost muttered. “Besides, Kinsey is counting on us, and the kids are excited to see us.”

Steve looked over at Ghost and knew he’d just had his mind read again. Such a weird feeling to know that Ghost could do that…even when he sometimes had thoughts he’d rather Ghost not hear.

As they arrived at the store, Steve lectured Ghost about not getting distracted, and that they needed to hurry. Of course Ghost agreed, but knew it was impossible. So did Steve. As they entered the store, Steve headed for the shopping carts, while Ghost stood transfixed by the array of goods, colors, and lights. The smell of fresh baked cinnamon rolls from the bakery department bombarded his senses. He knew he wanted to obey Steve and not get distracted, but he was helpless not to notice things like this. He couldn’t even take a step forward, because he knew for a fact he would be off and running from one display to another.

So, he just closed his eyes and tried to ignore his ADD. At least he tried. He held out his arms in front of him, hoping Steve would notice his effort and come lead him around like a blind person. He could feel other customers passing by him and staring.

He could hear their thoughts and whispered comments, “Damn hippie”, “I think he’s blind”, “Who let that weirdo in here?”,”Somebody should call the manager.” But Ghost didn’t care if he was attracting attention.

He hoped Steve would come rescue him soon. Steve thought Ghost was following him into the store’s aisles, so when he looked around and didn’t see him, he growled under his breath, “Shit, here we go.” Then he got worried. Ghost could be anywhere. He started backtracking to the front of the store again.

“What the hell?” he said when he saw Ghost standing there still, with his eyes closed and his arms stretched out in front of him. “Why me?” he thought. “I’ve gotta go over there and get him,” he sighed.

People were still milling around making wisecracks, and Steve could see a manager type heading in their direction.He walked over as quickly as he could, head down, hoping to not cause any more of a scene. As he reached Ghost, he grabbed his wrist and jerked him toward him. Ghost squeaked in surprise.

“Get over here right now. You look like a damn zombie. What the hell are you doing?” Steve pulled Ghost along with him.

“I was trying to not get distracted like you asked. It worked so far.” Ghost seemed proud of himself.

Steve rolled his eyes and put Ghost’s hands on the cart handle. “Now just hold on to this and follow me. Don’t let go. Can you do that, huh?” Steve asked.

The rest of the shopping went on with any major incidents. They packed up the T-Bird, then walked down the sidewalk to a fast food place. On the way, Ghost wondered aloud what they could get for themselves.

“Hey, Steve, what’cha gonna get?” Steve shrugged as Ghost went on about possibilities. “We could get a video game, or new clothes, or I could get some new markers. Mine are almost empty…oh, hey Steve, we could get a tattoo! We could get the same one that says Lost Souls? How ’bout that?” His eyes were shining with the thought, even though he wasn’t sure he’d even be brave enough to go through with it. He’d never seriously considered it before. Steve just gave him a look that dismissed the idea.

While out and about last week, I saw these…

One of those funny advertising wiggly things. I don’t know what to call them, but they are fun to see.

At a teacher’s supply store, I saw this peacock made from paper, up on a bulletin board.

Flower of the Day – Geranium 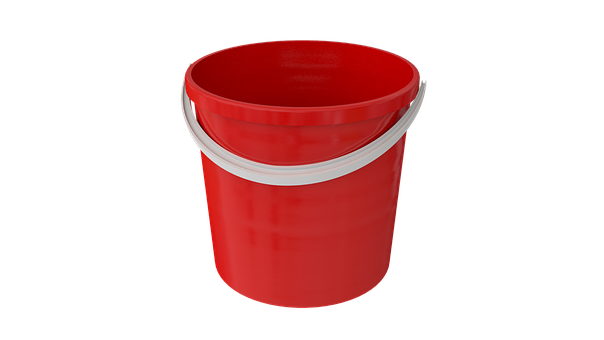 So, I found this fun list to do over at Suze’s place, and she found it from Georgie, at her place, and now I’m taking on the challenge (of course – I can’t resist a fun challenge).

Now this is an Anti-Bucket List, where we list things we’d Never Do! It was harder than I thought it would be to come up with some of these.

That’s all I could think of at the moment. What would be on your Anti-Bucket list? 🙂

Flower of the Day – Peony

Time for a new set of questions from Cee, and answers from me! Join in this weekly fun…click the above link to find out how.

If you were to pack a basket for picnic lunch, what would be in your basket?

On a vacation what you would require in any place that you sleep?

If you were to buy a new house/apartment what is the top three items on your wish list?

Sheesh! I haven’t been on a picnic since I was a kid, I don’t think. I’m not a fan of being outdoors much, especially in this heat we have, with the sand blowing. Never mind the bugs, and piles of goose poop. Oh, don’t want to get sunburned either.

Anyway enough of the negatives…if I were to go on a picnic, in the ideal location, and temperatures…what would I pack in a basket?

Iced down soft drinks and lemonade.

On a vacation I’d require pillows, lots of them, and blankets. I can’t sleep without a bunch of each.

A nice place to stay – nothing like roughing it or camping for me.

If we were to move, it would be a house, not an apartment. Full maintenance service for indoors & out, such as cleaning, cooking, and yard work. An enclosed courtyard with lots of plants, and where all kinds of little animals can run around in, with no danger. Designated rooms for different things, like crafts & hobbies, and a library.

For remembrance on Memorial Day