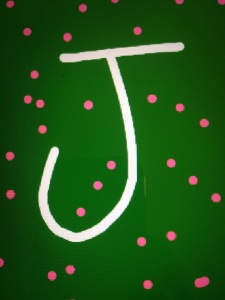 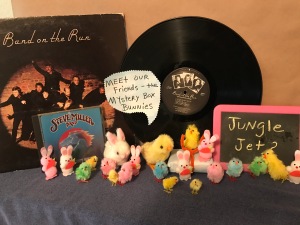 Surprise! The Mystery Box Chickens would like to introduce their friends, the Mystery Box Bunnies! They are a fun-loving bunch, and will be helping out here from time to time. Uh-oh…looks like they’ve hidden the mystery box! I’m sure we’ll find it by tomorrow, when the letter will be K. Have a great day! 🙂

The Steve Miller Band released their single, “Jungle Love”, which was on the album, “Book of Dreams”,  in 1977, on the Capitol label. It was written by Lonnie Turner and Greg Douglass

Check back here tomorrow, when the Mystery Box Chickens and Friends open the next Mystery Box. It will be for the letter K.