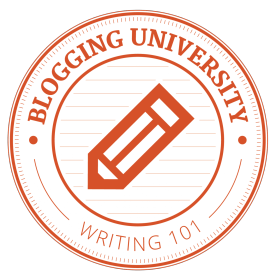 So, today’s assignment for the daily writing course says to make a list. It can be a list of things I like, things I’ve learned, and/or …something else was on that list of things to choose from. See, that’s my problem. I can’t remember what else was on there. I could go back and check, but you know, that would be a lot of trouble. I mean, it’s coming up on the end of the day, and I still haven’t done this list post yet.

I like reading lists, I like making lists, but I’ve never wrote about making a list, or posted a list on here. Well, I take that back. Once I did…I listed all the stuff that was in my purse one time…can you hear the crickets? No response whatsoever. Anyway, I make lists, but then forget to take them with me to the store. Or, I make a list, and while reading a list at the store, forget to get whatever it is anyway, even though I’m looking at the list.

I have a weird habit, too. I save lots of my lists. I don’t know why, except they are fun to look at later on…like years later…and then I can laugh at the silly things that are on there that I thought was important enough to write down. And the cryptic words that I’ve used to jog my memory are sometimes hilarious…at least to me, but make no sense to anyone else.

So…back to making a list…for this list post…yeah…so many choices…too many choices of which way to take it. I’m at a loss because faced with too many choices makes me freeze up, resulting in doing nothing. I’ve had fun writing ‘about’ lists, so better get on with actually listing something? Yep…here goes… such a silly thing to list, but hey, it’s something! 🙂

I’m outta here…can’t wait to see what is on the ‘list’ for the assignment tomorrow! Yay! I’m having fun! 🙂